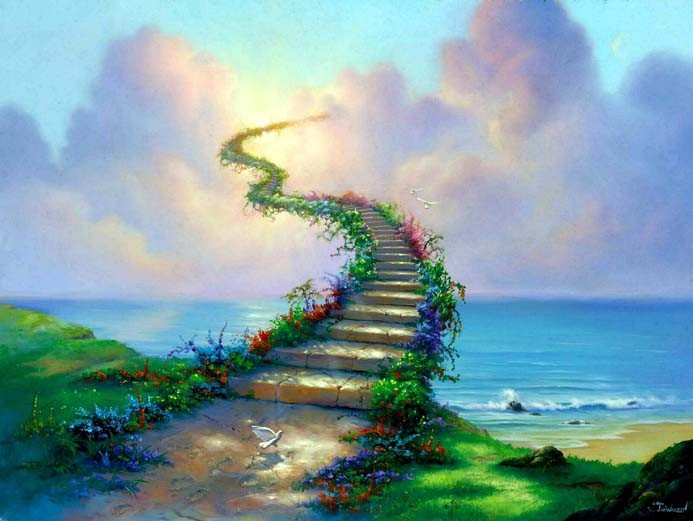 "To see a world in a grain of sand
and heaven in a wild flower,
Hold infinity in the palm of your hand
and eternity in an hour."
William Blake

"A string of excited, fugitive, miscellaneous pleasures is not happiness; happiness resides in imaginative reflection and judgment, when the picture of one's life, or of human life, as it truly has been or is, satisfies the will, and is gladly accepted."
George Santayana

"If there is to be any peace it will come through being, not having."
Henry Miller

"Happiness always looks small while you hold it in your hands, but let it go, and you learn at once how big and precious it is."
Maxim Gorky

"Happiness is like a sunbeam, which the least shadow intercepts."
Chinese proverb

"The happy man's without a shirt."
John Heywood

"Men can only be happy when they do not assume that the object of life is happiness."
George Orwell

"It is better to be happy for a moment and be burned up with beauty than to live a long time and be bored all the while."
Don Marquis

"The mind is its own place, and in itself, can make a Heaven of Hell, a Hell of Heaven."
John Milton

"World history is not a place for happiness. Periods of happiness are empty pages in history, for they are the periods of harmony, times when the antithesis is missing."
GWF Hegel

"The happy think a lifetime short, but to the unhappy one night can be an eternity."
Lucian

"Happiness in intelligent people is the rarest thing I know."
Ernest Hemingway

"Happiness is the meaning and the purpose of life, the whole aim and end of human existence."
Aristotle

"Happiness is like those palaces in fairy tales whose gates are guarded by dragons: we must fight in order to conquer it."
Alexandre Dumas

"Happiness does not lie in happiness, but in the achievement of it."
Dostoevsky

"Happiness in intelligent people is the rarest thing I know."
Ernest Hemingway

"I am happy and content because I think I am."
Alain-René Lesage

"The greatest happiness of the greatest number is the foundation of morals and legislation."
Jeremy Bentham

"I have the happiness of a passing moment, and what more can mortal ask?"
George Gissing

"...happiness is the highest good, being a realization and perfect practice of virtue, which some can attain, while others have little or none of it..."
Aristotle

"Happiness is in the taste, and not in the things."
La Rochefoucauld

"The happiness which we receive from ourselves is greater than that which we obtain from our surroundings. . . . The world in which a person lives shapes itself chiefly by the way in which he or she looks at it."
Arthur Schopenhauer

"Happiness ain't a thing in itself - it's only a contrast with something that ain't pleasant."
Mark Twain

"Do not speak of your happiness to one less fortunate than yourself."
Plutarch

"Indeed, man wishes to be happy even when he so lives as to make happiness impossible."
St Augustine

"What is the worth of anything,
But for the happiness 'twill bring?"
Richard Owen Cambridge

"By heaven we understand a state of happiness infinite in degree, and endless in duration."
Benjamin Franklin

"Present joys are more to flesh and blood
Than a dull prospect of a distant good."
John Dryden

"Happiness is an imaginary condition, formerly often attributed by the living to the dead, now usually attributed by adults to children, and by children to adults."
Thomas Szasz

"He is happy that knoweth not himself to be otherwise."
Thomas Fuller

"He who binds to himself a joy
Does the winged life destroy;
But he who kisses the joy as it flies
Lives in eternity's sun rise."
William Blake

"I have learned to seek my happiness by limiting my desires, rather than in attempting to satisfy them."
John Stuart Mill.

"The highest happiness of man ... is to have probed what is knowable and quietly to revere what is unknowable."
Goethe

"Happiness is the only sanction of life; where happiness fails, existence becomes a mad lamentable experiment."
George Santayana

"The more refined one is, the more unhappy."
Anton Chekhov

"No pleasure is evil in itself; but the means by which certain pleasures are gained bring pains many times greater than the pleasures."
Epicurus

"How to gain, how to keep, and how to recover happiness is in fact for most men at all times the secret motive for all they do."
William James

"How you feel right now is about equally genetic and circumstantial, but how you will feel on average over the next ten years is fully 80 percent because of your genes."
Dean Hamer